Winchester is the quintessential English city with a rich heritage and vibrant contemporary culture.

Once the ancient capital of England and former seat of King Alfred the Great, Winchester is the quintessential English city with a rich heritage and vibrant contemporary culture.

Crowned by The Sunday Times as ‘The Best Place to Live 2016’ and topping the 2019 Royal Mail Happiness Index, this friendly and highly walkable city of about 50,000 people has an easy-going vibe, fabulous local food, a lively music scene and a wonderful street performance festival – The Hat Fair – to rival Edinburgh.

The backdrop to all this buzzing life could not be more beguiling. It forms a lesson in English period architecture, from the imposing cathedral at the green heart of the city to the handsome Georgian townhouses that you half expect to be still inhabited by characters from a Jane Austen novel. As well as kings and much loved novelists, the city has charmed A-list celebrities, too – its hushed backstreets and generous share of medieval buildings have lent themselves to scenes in films such as The Da Vinci Code, Les Misérables and Wolf Hall, which were all shot here.

Things to do around Winchester

Winchester has a thriving scene of independent cafes, restaurants and bars – including celebrity chef Rick Stein’s seafood focused restaurant, picturesque riverside pub and restaurant Bishop on the Bridge and cosy heritage pubs like the Wykeham Arms.

With so much to offer, Winchester has become a city that enjoys celebrating its fine setting and exceptional local food and drink sourced from the surrounding countryside. There’s now a Winchester Wine Festival held at the Guildhall in November, a cocktail week (‘Shaking it up in the city’) in February, and a popular real-ale and cider festival in March, also at the Guildhall, featuring local bands and brews. And fortnightly one of the longest-running farmers’ markets in the country sets up stalls on the High Street. You can stock up on farm-fresh organic veggies and local goodies such as Old Winchester cheese and Twisted Nose Watercress Gin.

Winchester also holds the national Purple Flag status, which recognises cities that are safe and enjoyable places for a night out.

Arts and culture lovers are spoilt for choice in Winchester, a city that inspired literary giants such as Jane Austen and John Keats. The city is home to a wealth of accomplished artists, designers and craftspeople and hosts a growing number of festivals. You can enjoy an eclectic mix of comedy, music and drama as well as a vibrant mix of live performances, street art, exhibitions, talks, catwalk shows, concerts and theatre.

A few highlights include: slouching down into comfy seats with a glass of wine to watch the latest blockbuster or arthouse film at The Everyman Cinema, housed in a restored military chapel; watching a dramatic production by the Chesil Theatre Company in a 12th-century church, and relaxing beneath the longest medieval nave in Europe for one of the cathedral’s year-round programme of classical concerts, some of which are free.

Festivals to not be missed include Blissfields, a laid-back music festival held in July on Vicarage Farm in Woodmancott; The Hat Fair, which began life in 1974 as a buskers’ festival, and is now a bumper outdoor arts showcase that brings joyful chaos to the city centre for a weekend at the end of June, and Winchester Comedy Festival, which is hosted at several venues during the first week in October.

The author and TV historian Dan Snow says ‘Winchester is history’s HQ.’ It’s a top billing that the city more than lives up to. Winchester was indeed the Westminster of Anglo-Saxon England and is one of the leading archaeological cities of the world and home to some of the greatest medieval buildings in Europe.

Chosen by King Alfred as the seat of power for his kingdom of Wessex, the city’s Great Hall, the only remaining part of the King’s Castle, has housed the legendary Round Table of King Arthur for over 700 years. Winchester is also home to a magnificent cathedral, which has been a place of worship for over 900 years, features in gold foil on the front of the new £10 note and is the resting place for Jane Austen, Izzak Walton and the early English Kings. Winchester is one of only a handful of England’s 42 Anglican cathedrals to score a perfect five stars in Simon Jenkins’ recently published book, England’s Cathedrals.

Nearby Winchester College is now believed to be the oldest continuously-running school in the country. It was built on a scale previously undreamt of in English education and became the model for Eton and King’s College, Cambridge. You can take a tour of its 14th-century Gothic chapel with its unusual wooden vaulted roof and a 17th-century schoolroom, believed to have been designed by Sir Christopher Wren.

Most of the city’s historic buildings, monuments and museums are within a short walking distance of each other. To get an overview of the city, you can take a short climb up St Giles Hill. From the top you can trace the sweep of medieval and Georgian buildings, laid out according to the original Anglo-Saxon street plan and catch glimpses of the River Itchen as it winds it’s way through the city centre and out to the meadows beyond. Look out for the gothic turrets of the Victorian Guildhall and the perpendicular lines of the famous cathedral.

From Anthropologie and vintage clothing to a three-storied second-hand bookshop and British artisan chocolate store, Winchester offers an array of unique, independent shops and boutiques as well as traditional and well-known national stores.

The High Street is a bustling, traffic-free shopping environment with street performers and regular markets. More independent shops, of the sort Mary Portas would champion, are found along the cobbled streets surrounding the cathedral and medieval backstreets around The Constabulary and Southgate Street.

Winchester has excellent transport links including a direct train service to London Waterloo which takes just over an hour and runs every 20 minutes during peak times. The station is also well served by trains running to and from Southampton, Basingstoke, Bournemouth, Weymouth, Brighton, the New Forest and the north of England.

The University of Winchester is located close to the M3 which provides easy road access to the M25 and M27. Travelling to and from Heathrow and Gatwick airports is convenient by both road and train and takes between one and two hours depending on your choice of transport and the time of day. Southampton Airport is located just 15 minutes away by train and offers flights within the UK, the Channel Islands and mainland Europe.

The National Express coach service picks up from Winchester and serves dozens of destinations across the UK. Ferry services from Portsmouth link to a number of ports in France and Spain. 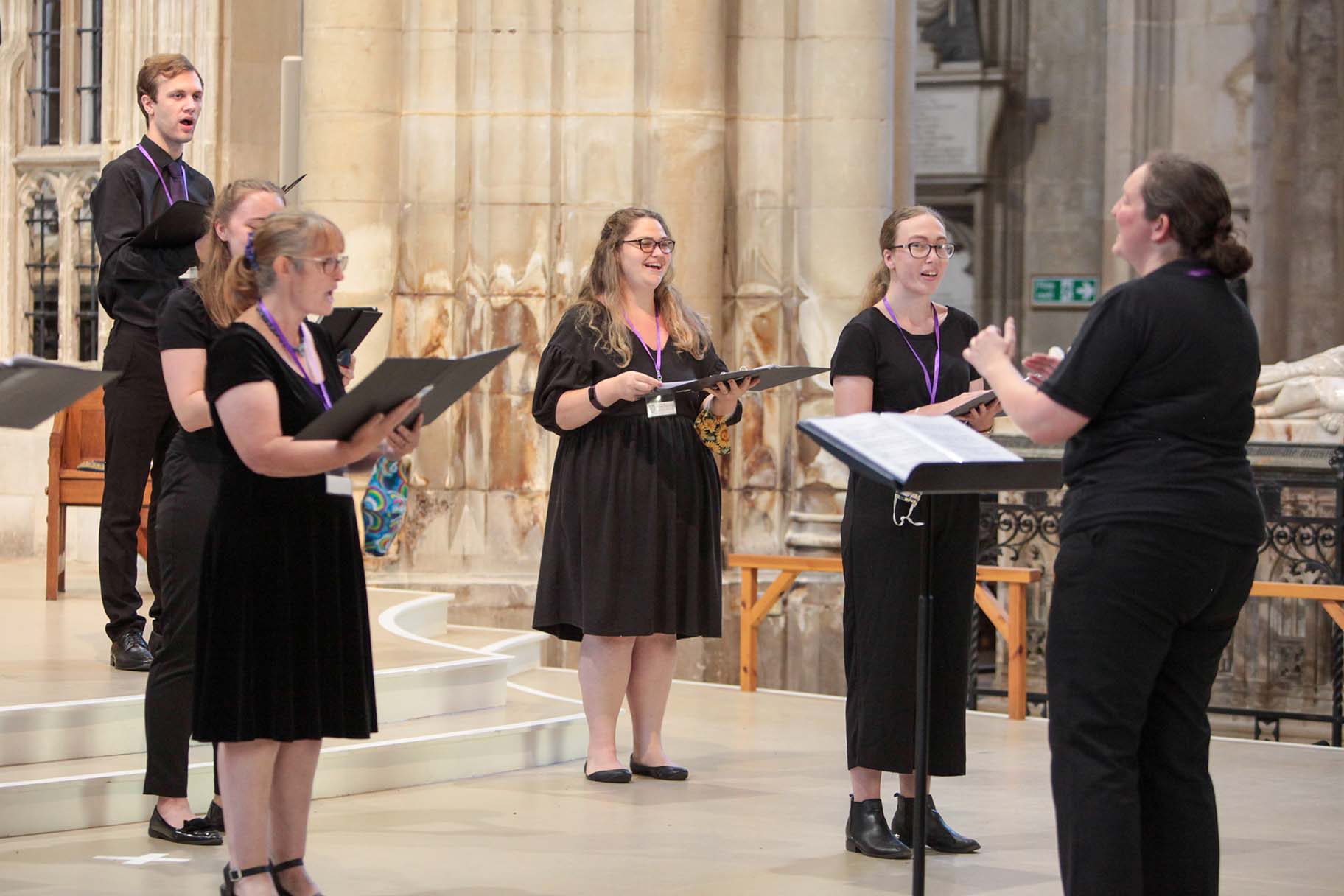 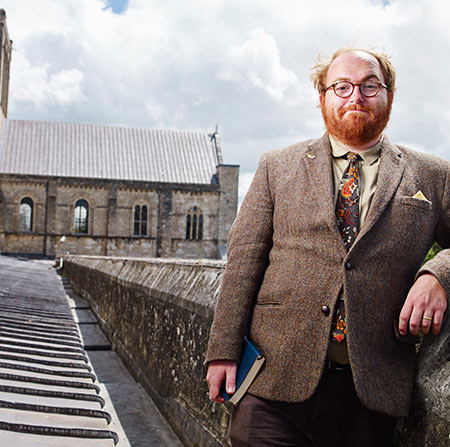 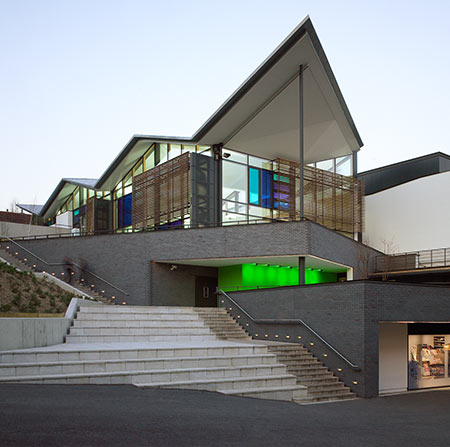