Resilience, resistance and hope: social change in the South Caucasus through a feminist lens

In this blog she describes the background to the book, and why research into the everyday lives of women matters.

The South Caucasus is often considered a conflict-ridden region, and news and analysis about the region tend to focus on geopolitics and security. The stories of the everyday experiences of its inhabitants largely go untold - particularly those of women. This trend is also reflected in the academic literature; there is a lack of publications on women in this region, especially in English.

Given the recent political upheaval and renewal of bloody conflict in the South Caucasus, it is perhaps no surprise that public debate, academic literature and media reporting have largely focussed on geopolitics, the politics of transitions, security and authoritarianism. However, these aspects affect all of society, and their effects on the lives of women, as well as women's roles in them, are under-investigated.

The book looks at the issues through a feminist lens, addressing many challenges and inequalities that are all too familiar to women worldwide, and highlighting women's contribution to social change in the South Caucasus.

Over its three sections, it moves from past to present regional (dis)orders. Part 1 outlines how women's lives in the South Caucasus are dictated by constant tension between tradition and social change, the complexity of female agency and the ways in which the women of the South Caucasus negotiate their liminal position in creative and sometimes subversive ways.

In Part 2, the discussion moves on to examine women's experiences of war, conflict and displacement, examining how women adapt to and eventually foster social change under these difficult circumstances.

Part 3 looks at women's activism. Across the region, women's organisations continue to face many obstacles, in part because of their tendency to position themselves as 'challengers' to the traditional patriarchal social structure. As a consequence, these women's organisations and their staff often become targets of hostile public discourse. In addition, LGBT+ activism in the South Caucasus has been the object of sustained hostility in recent years, making it a major human rights concern in the region.

One major recent challenge is the aftermath of the recent six-week resumption of hostilities between Azerbaijan and Armenia over the disputed Nagorno Karabakh region. The bloody conflict ended in November 2020 when the governments of Armenia, Russia and Azerbaijan signed a ceasefire agreement. The war has been devastating, with over 5000 soldiers dead and more than 100,000 people displaced.

Though the war is officially over, many families still live in temporary accommodation; some 25,000 displaced residents from Nagorno Karabakh currently reside in Armenia, many of whom women and children, and not all POWs have been released by Azerbaijan. Add to this the Covid-19 pandemic and it is clear that the women of the region and their families still face enormous challenges.

Resilience, resistance, and hope for the future

For me as a sociologist with an interest in gender research, the extraordinary resilience of the women in the South Caucasus stands out. 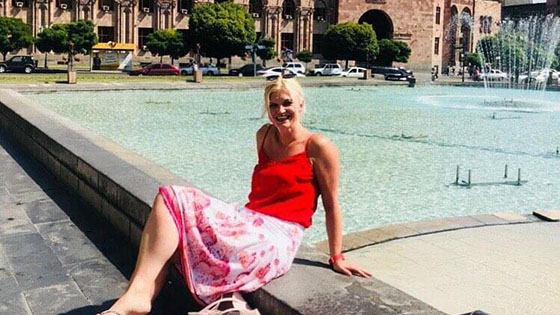 If it wasn't for the many ordinary women and women activists, and their constant efforts to change women's lives for the better in the face of hostility, the situation of women in the South Caucasus would be even worse. If it was not for Armenian women's organisations and their stubborn efforts to improve the situation of women despite huge opposition, there would not be a law against domestic violence in Armenia, which was finally passed in 2017,

The law's passage through Armenia's National Assembly was marked by heated disputes between women's rights advocates and supporters of the so-called 'traditional family'. Despite this victory, much work still needs to be done in Armenia. Domestic abuse has still not been criminalised, even though the appropriate legislation has been passed.

But against many odds, women's rights organisations have continued their work and the tide is finally turning. In April 2021, a state-sponsored campaign against domestic violence was launched. If you were to walk through the capital Yerevan now, you would see posters at bus stops exhorting women to speak out: 'Don't be silent. Nothing justifies domestic violence'. This is the first time we have seen such a women's rights campaign in Armenia and it constitutes significant progress.

Find out more about Ziemer (ed). Women's Everyday Lives in War and Peace in the South Caucasus (Palgrave, 2019)

Find out more about Sociology at Winchester

Find out more about gender-related research at Winchester

Find out more about Forced Migration research at Winchester