"It's much better to be the person who's smashed a project out of the park." Five minutes with Emre Ramazanoglu

Over a successful career, drummer, producer, mix engineer and composer Emre Ramazanoglu has performed and sequenced drums for some outstanding music tracks and worked with some of the biggest names in pop, including Lily Allen, Mark Ronson and Richard Ashcroft. He most recently produced Noel Gallagher's High Flying Birds album Who Built the Moon?

We caught up with Emre during a visit to Winchester when he worked with students from the BA (Hons) Music and Sound Production and BA (Hons) Popular Music: Production and Performance degree programmes, alongside programme leader Dr Niall Thomas.

What have you been doing here today at the University of Winchester?

I've been hosting a masterclass for students on different aspects of music production and mixing. I threw the ball in their court to see what they wanted to do.

What got you interested in making music as a career?

That's all I've done, ever. I started off playing drums when I was about 13 or 14 years old. I remember sitting upstairs in the house playing and thinking: 'That's what I want to do.' And that was it. It made school much easier, because that was all I wanted to do. And that hasn't changed. 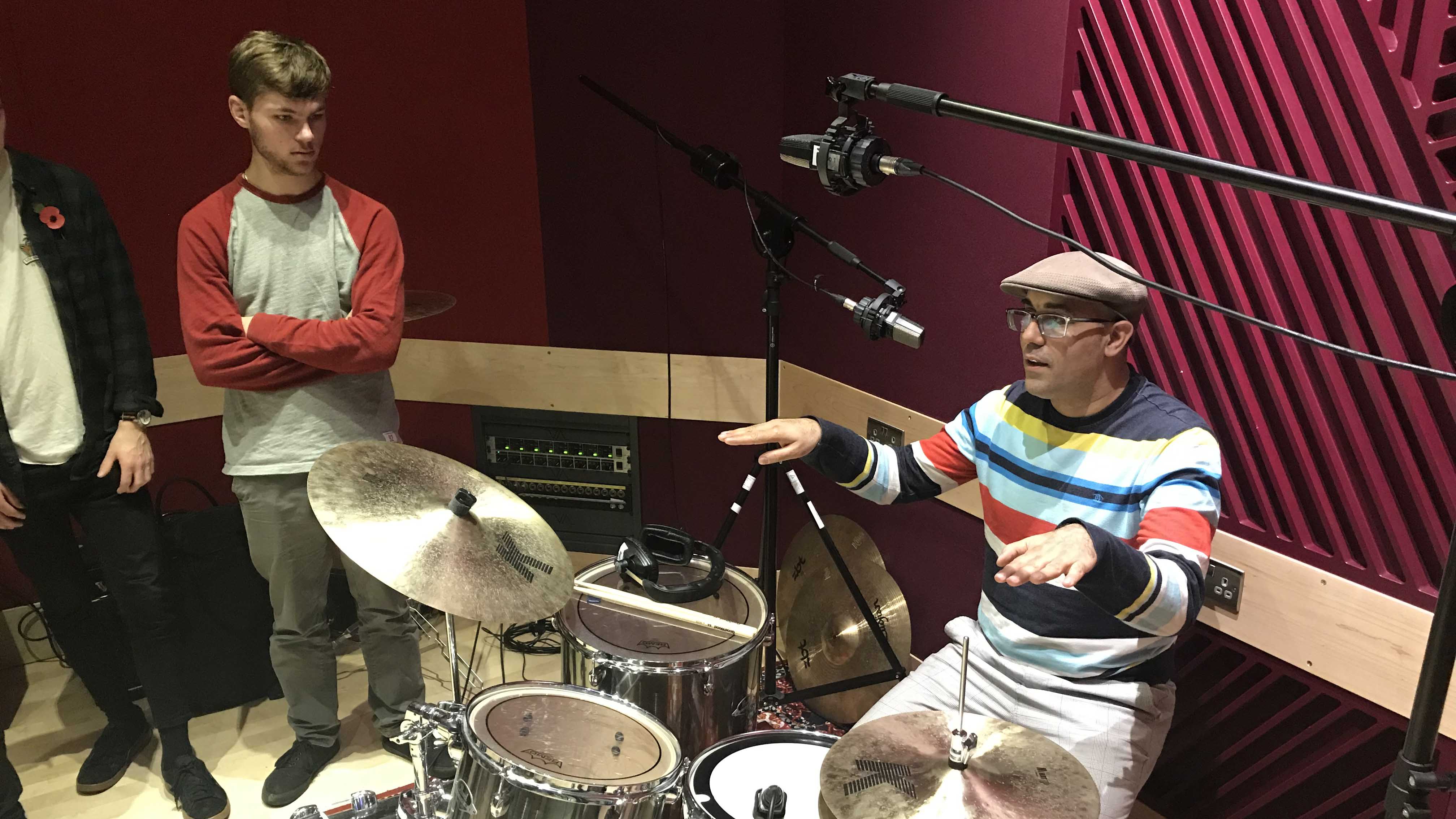 You've had a very interesting career path: what was the break that got you where you are today?

I moved into a place in Kentish Town, London, which was near an old friend, who at the time was living with a band who were doing very well. The drummer in the band got ill and I dep'd for him and then he recommended me to a great producer called Jim Abbiss. I joined Jim's band as a programmer and drummer and that kicked everything off from that point. It was just a bit of luck.

Do you have a different approach depending on whether you're producing, composing, mixing or engineering?

They are all intrinsically different, so yes. But I guess the main thing is being sensitive to what my role is: how creative I'm being paid to be often and how much that's needed, that's the main difference in approach. It's working out what people actually want from me and then how much that is useful and how much it could help if I wasn't like that. Navigating all of that is the key.

You've worked with some of the most iconic musicians and singers in popular music: does anyone in particular stand out for you?

This is a brilliant question to cop out on! No artist gets to be big without being interesting. They are all interesting, wildly different and unique and none of them are boring - like everybody really. Maybe some aren't as involved in their own music or some are - they are all fascinating because they've been given this amazing opportunity to reach so many people. 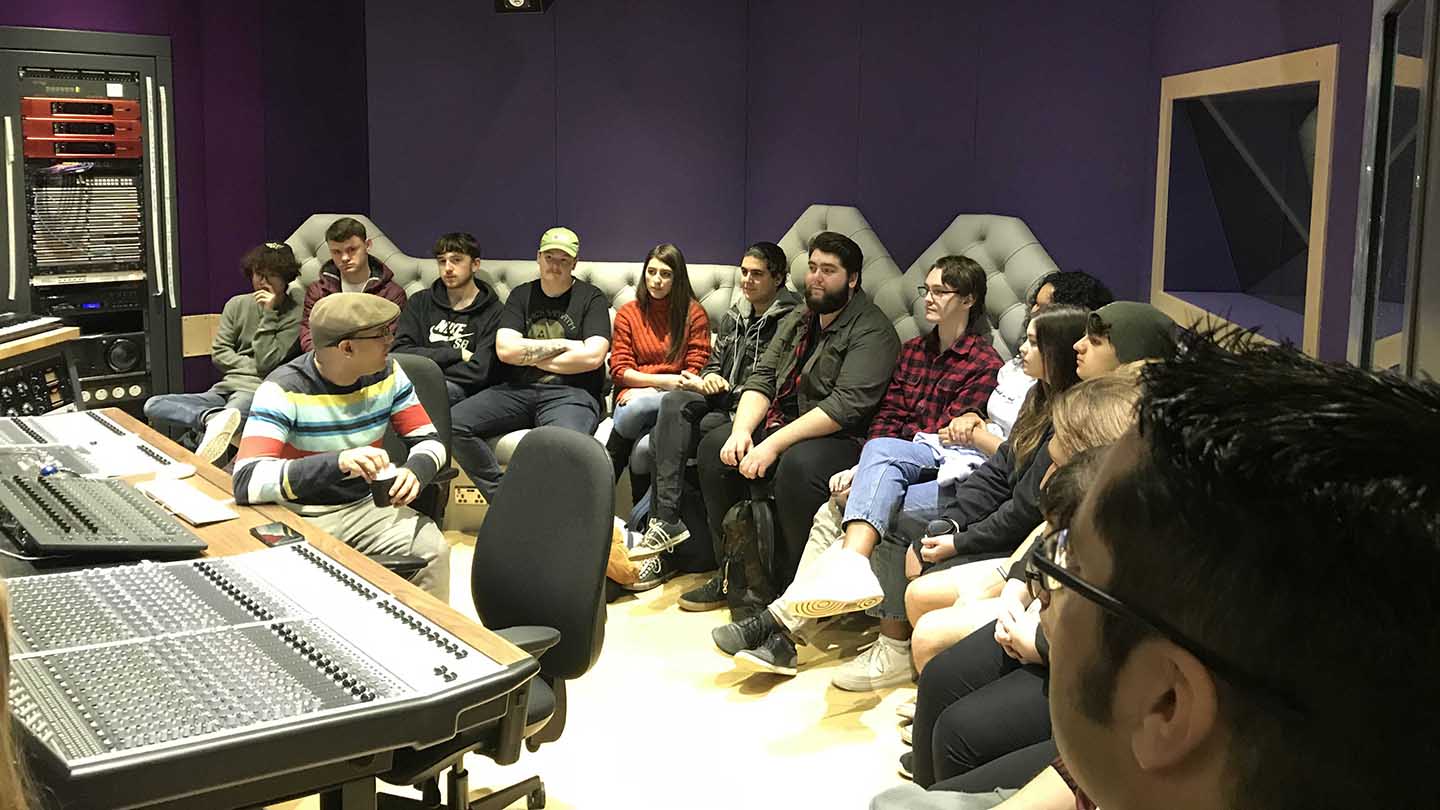 What advice would you give to the students you've met at Winchester today who want a similar career to yours?

Develop a project yourself: make something you really like and that you like the sound of, because that will help you get somewhere. Decent or terrible - put it out!

That's the thing that was much harder to do when I was starting out, but now I would put out stuff and if it's rubbish, people will forget and you'll do something better. Just do it, because people's attention span is tiny now. They won't remember - you'll be fine. And people tend to remember and respect people who have done loads of stuff themselves, even if you have to practice and fail loads of times.

That will teach you more than anything else, rather than starting out making tea in a studio. That's the path for some people, but it's much better to be the person who's smashed a project out of the park. I was asked the other day by a senior executive: "Can you make it more like you?" That was the best thing.