To mark the Council for British Archaeology's Festival of Archaeology 2022 (16-31 July), we take a closer look at some of the archaeology projects underway at the University and the latest finds and discoveries by students and staff.

An international team of specialists, including Professor Keith Wilkinson and Dr Monika Knul of the University of Winchester, is tackling fundamental questions about early human development and migration by examining the Palaeolithic archaeology and Pleistocene geology of the Southern Caucasus.

The earliest human fossils outside Africa and the earliest evidence for advanced human behaviour have been found in this region, but compared with East Africa it has received little attention. 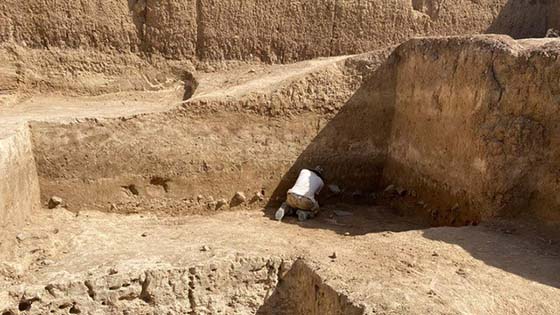 The nature and timing of the dispersal of Homo sapiens (our genus) across the Old World is fundamental to our understanding of human evolution during the Pleistocene period, two million to 11,500 years ago. However, our current knowledge is largely based on the early stone age - Lower Palaeolithic period - records of East and Southern Africa.

As a result, it is still unclear what mechanisms drove human dispersal to other geographic regions, and how technological innovations - stone tools - and ecological adaptations developed along the way.

The team is currently out in the field again to investigate a number of sites, following two years of missed fieldwork opportunities because of the Covid-19 pandemic. 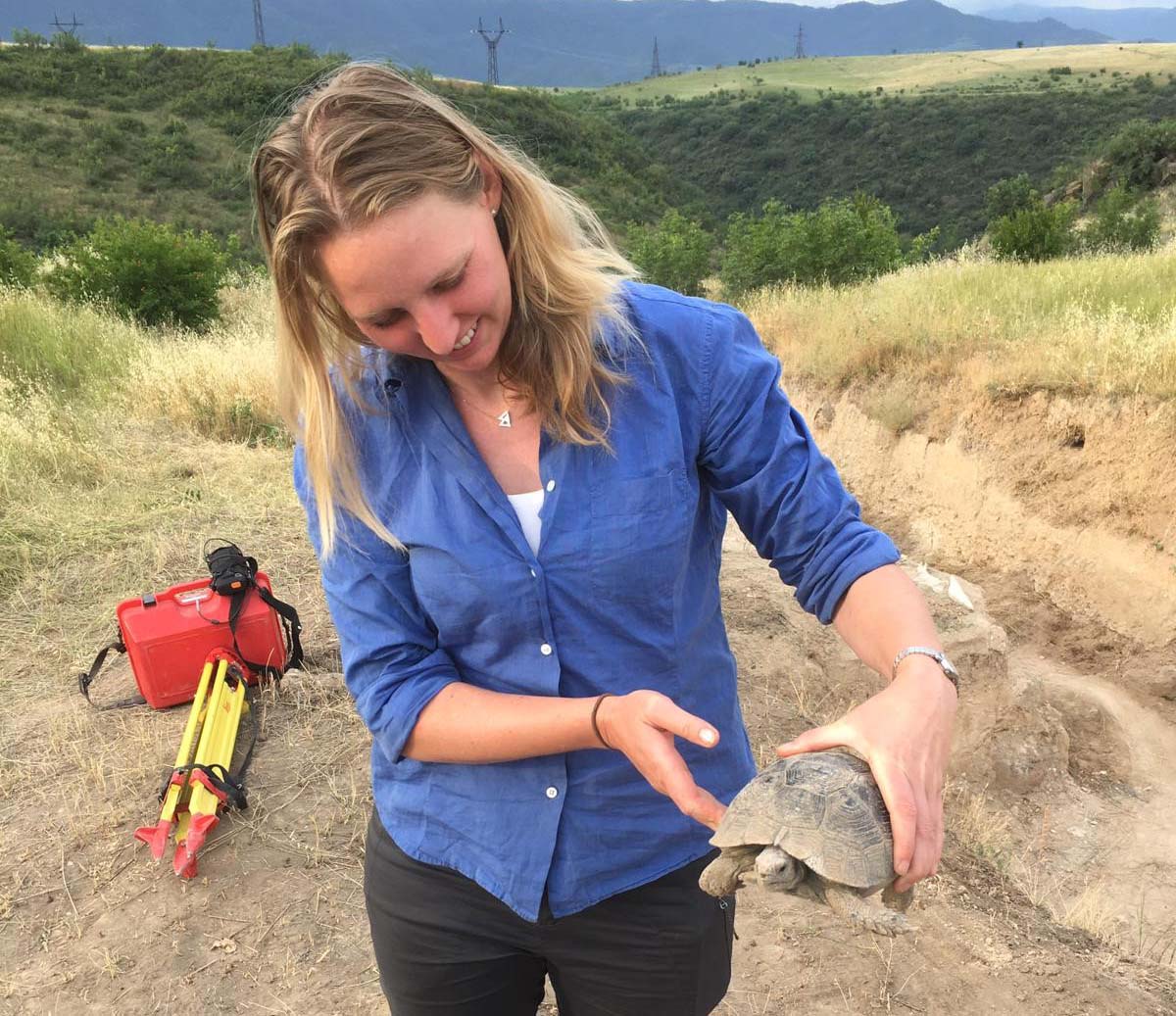 Dr Monika Knul rescues a tortoise from the trench.

Keith and Monika report that the team is plagued by vehicle breakdowns and Covid outbreaks, and that long hours of backbreaking work in the blistering heat of the Armenian summer have only yielded a mere handful of artefacts. However, they are all still in good spirits!

The main site - Haghtanak 3 - is a Lower Palaeolithic lithic scatter associated with river deposits sitting above a 2m-year-old layer of solidified lava. Lithic scatter is a surface scatter of cultural artifacts and debris that consists entirely of lithic or stone tools and chipped stone debris.

The team hope that the Lower Palaeolithic material dates to roughly the same period as the famous World Heritage site of Dmanisi in neighbouring Georgia, which would make it a site of equal significance. 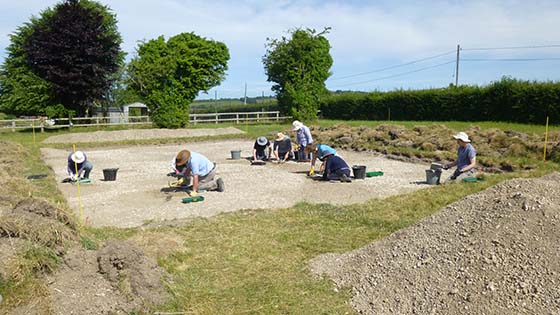 In the high temperatures of late June this year - during a community excavation set up by the Meon Valley Heritage and Archaeology Group and led by Emeritus Professor of Archaeology Tony King and Nick Stoodley (former Senior Lecturer in Archaeology) - a probable Bronze Age ring ditch for a burial mound, with a secondary burial within it, was discovered.

The features had showed up in geophysics at Meonstoke, where extensive excavations led by the University have taken place over many years.

The body was crouched, lying on its side with legs drawn up high against the body, and is now being studied by Dr Heidi Dawson-Hobbis, Senior Lecturer in Anthropology.

The primary burial, usually right in the middle of the ring-ditch circle, was missing, due to a great deal of early Anglo-Saxon activity precisely over the centre of the by-then flattened burial mound. A series of rubbish pits with bones, pottery and charcoal were dug into the area of the excavation, indicating occupation during the 6th-7th centuries. This was probably the original village of Meonstoke. The present day settlement lies only a few hundred metres to the south of the excavation.

Find out more about the Meonstoke Project.

Ongoing archaeological fieldwork across the village of Stanford in the Vale, Oxfordshire, by University of Winchester students and staff was showcased at a special event earlier this month.

The Stanford in the Vale Archaeological Research Project was set up in 2018 by David Ashby, who is a Researcher in the Department of Archaeology, Anthropology and Geography and the project director.

The project examines the formation and development of the village, from its earliest beginnings to the modern day, combining multi-disciplinary archaeological techniques and community archaeology.

The family friendly weekend of archaeology on 16-17 July saw staff and students digging test pits on Millennium Green at the heart of the village, with latest finds from the Stone Age through to WWII on display in an exhibition. David also gave a talk bringing together the many strands of Standford's unique story.

Find out more about studying Archaeology at the University of Winchester

Find out more about the Department of Archaeology, Anthropology and Geography at the University of Winchester

Banner photo at the top of the page shows Professor Keith Wilkinson (second right) with colleagues in the South Caucasus.