In the first of a short series of blogs marking the University of Winchester's Decolonising the Curriculum event during Black History Month, first year English Literature student Libby Wakefield provides a critical commentary of her own painting 'Liberation', inspired by the works of Kara Walker, a Black American artist who uses art in order to explore race, identity, violence and the past.

About 'Liberation'
This is a symbolic painting, that is representative of the domination of white literature being taught in the English curriculum. There are certain elements of this painting that nod towards the past, for example, the chain, which references slavery, and the fact that the hand resembles a fist, both of which in this case are symbols of control. 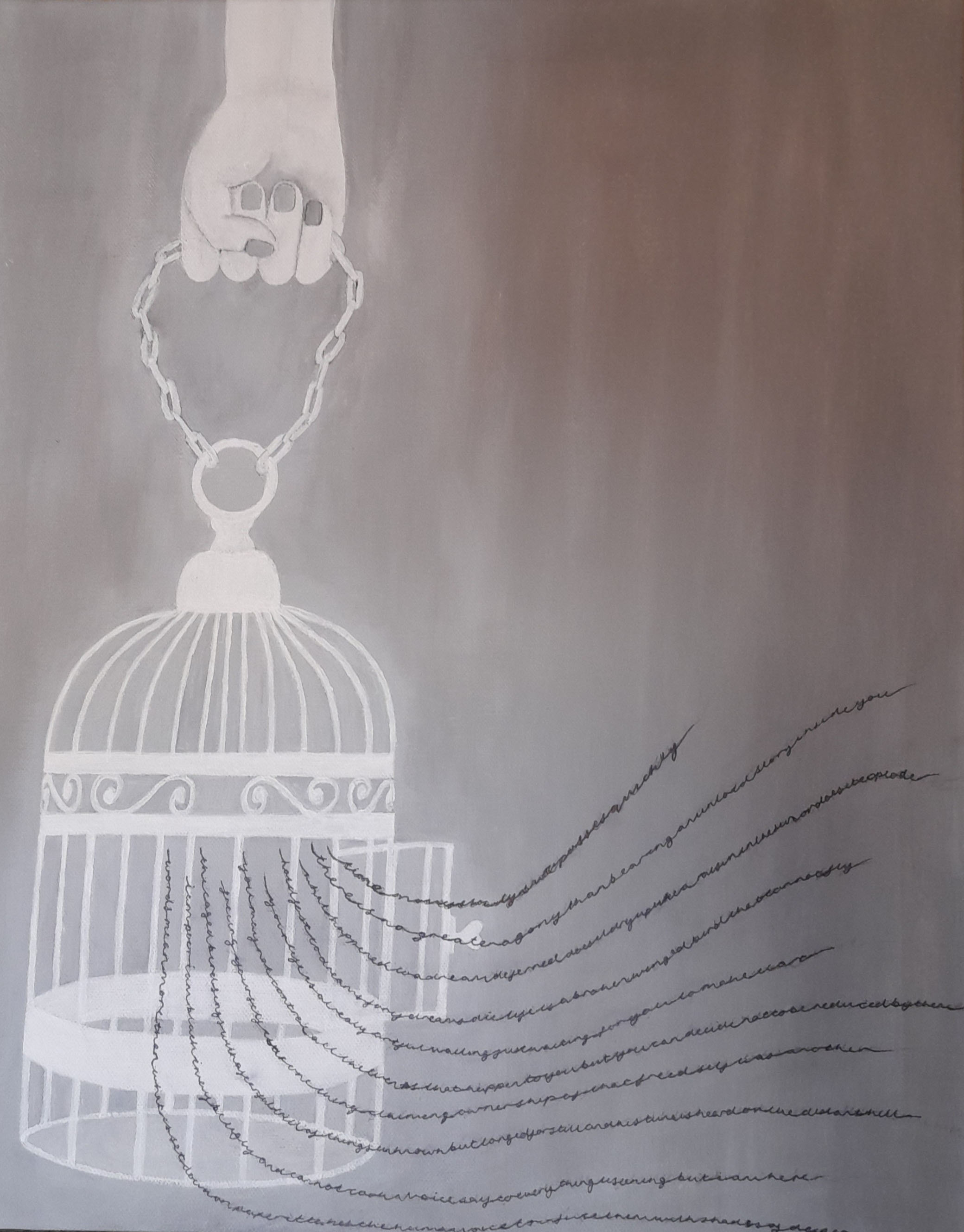 The birdcage was influenced by the title of Maya Angelou's book I Know Why the Caged Bird Sings, which was taken from a line in Paul Laurence Dunbar's poem Sympathy. Flowing out of the cage, after it was opened by love and acceptance (shown through the key), are quotes from Black authors, which is representative of their work, and voices, being liberated.

Critical commentary
I have produced a painting inspired by the works of Kara Walker, who is a Black American artist who uses art in order to explore race, identity, violence and the past.

I am particularly taking influence from her piece 'The Emancipation Approximation', due to her use of colour and silhouettes in it. Her piece is very simple, but impactful, showing two women, one a white silhouette, one a black silhouette, on a grey background.

What creates the emotion and meaning in the painting is the fact that the white woman is sat upon the back of the black woman, who appears to be struggling to carry her. All the while, the white woman seems oblivious to the struggle she is causing, which I believe is highly symbolic.

Moreover, another reason that I wanted to take influence from Kara Walker, is because she had a piece removed from display because it was seen as inappropriate, when in fact it only contained true events that occurred as a direct result of racial oppression, an issue that needs addressing and combatting. The removal of her work was, essentially, taking away her voice.

I have also used writing in my piece, as very few pieces of Black literature are a part of the mainstream curriculum, so I will be using quotes from Black authors. Literature also influences the main composition of the painting. The birdcage is a nod towards Maya Angelou's book I Know Why the Caged Bird Sings, the title of which was taken from the poem Sympathy by Paul Laurence Dunbar. The cage door is open, and from it, quotes from Black literature are flying out, to symbolise the freedom that they should have to express their work.

This is a beautifully bleak piece of literature, which is why I wanted to include it.

But a plea, that upward to Heaven he flings -
I am hoping for my piece to be symbolic of a diverse range of literature being taught as part of the mainstream curriculum, as a vast majority of texts taught as part of English Literature come from white authors, and show their culture and their perspective on the world. If a broad range of literature was taught, it would do nothing but widen our perspective, and draw attention to more amazing authors that many students today have never even heard of.

"I left school without studying a single book by a Black author," says Jason Arthur, Teach First trustee. "Many years on and in the wake of worldwide attention on the Black Lives Matters movement, it's a tragedy that this is still the case for many young people today" Metro

I am hoping that this piece will force people to question why the arts primarily teach surrounding white culture, and barely acknowledge, let alone advocate, Black culture. 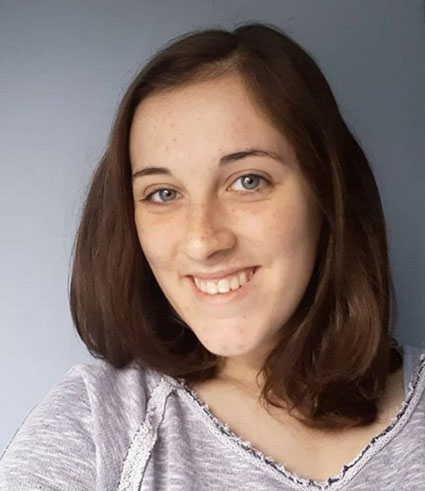 Libby Wakefield is a first year BA (Hons) English Literature student. She has a particular interest in the work of Kara Walker, after completing an art project that included her work, and her art has served as an influence for this contribution.

Decolonising the Curriculum at the University of Winchester
As we celebrate Black History Month, the University of Winchester's How Do We "Decolonise the Curriculum"? series of events brings together and gives a platform to the important and wide-ranging decolonising work and research that our colleagues and students are engaged in across the institution. It asks: 'what does it mean to decolonise?' and intends to provide a space in which we, as a University community, can learn, explore and reflect upon decolonising practice together.