Holocaust Education often emphasises the historical facts. But what impact does learning about this dark period have on young people? And how does it relate to the modern world, and our attitudes towards it?

A postgraduate research project by Laura Watson, Faculty of Education

Holocaust Education was introduced into the National Curriculum in 1991. However, there was an ‘absence of any explanation of why it was necessary to teach the Holocaust in classrooms’ (Pearce, 2008:80), affecting the nature and quality of teaching about this dark but important period in recent human history. There is often an emphasis on the historical facts around the Holocaust, including victim statistics and what occurred in Nazi camps. But between the curriculum and textbooks, and Holocaust fiction, films, museums and memorial days, there is a wide range of factual and non-factual information. This can lead to confusion and misconceptions around the Holocaust, which can make it difficult for learners to process their knowledge - intellectually, emotionally, psychologically and philosophically. Research student Laura Watson argues for not only historical but philosophical approaches to Holocaust Education.

I am interested in the themes of language, media, propaganda and dehumanisation. I consider how responsible education of the Holocaust, formally and informally, can help people to think about their own behaviours, prejudices and thinking. In a  philosophical approach, learning about the Holocaust is seen not only for its historical value but also for its human value. The Holocaust can tell us a lot about what it means to be human: what it means to be good, evil, a bystander, a perpetrator, a victim. Deeper, philosophical understandings of the Holocaust enable us to explore what we may or may not be capable of in certain conditions.

The Holocaust, and the Second World War in general, created one of the largest refugee crises in modern history. My research aims to explore learning about the human condition through philosophical approaches to Holocaust Education and how these understandings of the human condition might impact the way in which we think about refugees and asylum seekers today. Stereotypes and prejudices are perpetuated by national authorities and the media, which influence public opinion. This may lead to people standing by whilst others are dehumanised and left in danger. My research considers how language and media can engender fear, racism and discrimination.

The influential political theorist Hannah Arendt (1906-1975), herself a refugee from Nazi Germany, drew attention to the fragility of human rights when people lose the protection offered by citizenship. She also highlighted what human beings are capable of when they lose or do not develop the ability to think, not just philosophically ('pure thinking', as she called it) but critically and with social engagement. It is through this lens of 'non-thinking' that I make philosophical links between Holocaust Education and present-day events such as the forced migration crisis."

Laura Watson’s PhD project ‘Rethinking Holocaust Education: What can be learnt from the Holocaust about the human condition?’ is supervised by Dr Marie Morgan, Convenor of the Centre for Philosophy of Education.

Image top: the Holocaust Memorial in Berlin. Image by Chad Greiter on Unsplash 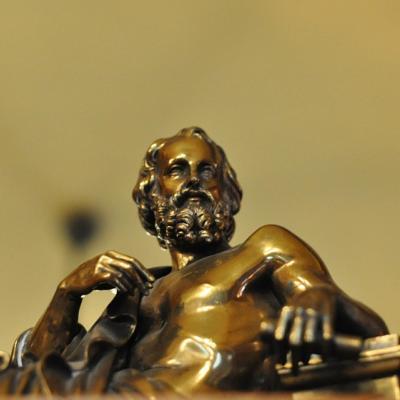 Centre for Philosophy of Education 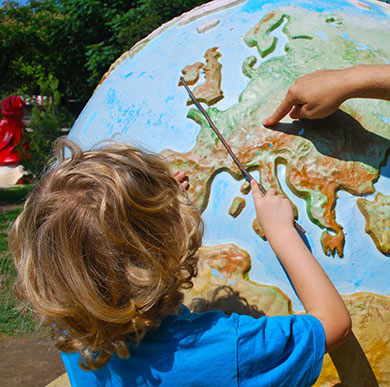