The Centre for Real-World Learning (CRL) carries out research and consultancy focussing on dispositional teaching in schools and colleges, that is: teaching methods that impact on the development of positive learning dispositions in learners that are likely to help them thrive in the real world. Such dispositions include perseverance, effective reflection, seeking and acting on feedback and being able to adapt and change.

Who we are and what we believe

The Centre for Real-World Learning is led by Director Professor Bill Lucas, who established the centre in 2008 together with Professor Guy Claxton. Both are both internationally highly regarded as speakers and both have published widely in the field of learning. CRL was joined by Dr Ellen Spencer in 2010 and Dr Janet Hanson in 2013. Guy Claxton is now Professor Emeritus but remains in close contact with the Centre. To find out more about each CRL member, see below.

We believe that while teachers often feel torn between the pressure to meet official standards and a desire to instill valuable capabilities into their students. There is, in fact, no such dichotomy. We know that students with more elaborate conceptions of learning perform better at public exams (National School Improvement Network, 2001). Students who can think creatively about a problem will be the ones who do better in a reorganised high-stakes exam paper.

We also believe that education must instill not just facts and figures and an ability to pass tests, but that it has other desirable outcomes. These include communal virtues like empathy, virtues of self-regulation like self-discipline, and epistemic or learning virtues like curiosity, creativity and collaboration.

Finally, we believe that education must broaden its horizons in four areas:

In 2017-2018  Professor Bill Lucas worked alongside the Royal Yachting Association(RYA) on development of their OnBoard programme, which aims to develop character attributes such as creativity and teamwork through sailing. The consultancy involved leading sessions for RYA staff and co-designing materials for instructors to use with schools, along with posters and films. Professor Lucas' research in this area has been developed in the best-selling book, Educating Ruby: What our children really need to learn.

Click here to find out more about the RYA OnBoard programme.

In 2018, the Centre worked alongside renowned artists Bob and Roberta Smith to provide academic support for a focus on creativity in schools and colleges, drawing on CRL's acclaimed five dimension model of creative thinking, developing resources and facilitating a day for sixth-form colleges teaching the Extended Project Qualification.

Click here to read the impact report for the 14-18 Now project.

At the behest of the Mercers' Livery Company, the centre for Real-World Learning has worked closely with two schools - School21 and Shireland Academy - to develop and spread more expansive approaches to education. The consultancy involved working closely with the schools to develop a theory of change identifying the key interventions used by the schools, especially their focus on problem-based learning, to help scale up and spread their innovations to other schools.

In 2016-2017, Professor Bill Lucas co-chaired an advisory group for the Programme for International Student Assessment (PISA), run by the Organisation for Economic Cooperation and Development (OECD). In 2021 PISA will for the first time include an analysis on creative thinking in 15 year-olds. Click here to find out more.

CRL has worked closely with the Welsh Government to develop professional teaching standards in Further Education. In 2017 the centre chaired a group of experts and collaborated on the creation of a new set of Professional Standards for Teaching and Leadership for Cardiff.

CRL also coordinates the international Expansive Education Network, a growing body of schools and colleges whose teachers are committed to examining their own professional practice. Taking a dispositional perspective in their research, teachers aim to improve the learning and success – both academic and ‘real world’ – of all learners.

Of particular interest to CRL, and shaping the direction of its research are:

CRL is also active in:

Our thinking stands on the shoulders of many others, drawing on global work from renowned learning scientists and other academics including Professors Mihalyi Csikszentmihalyi, Carol Dweck, Michael Fullan, Howard Gardner, John Hattie, Ellen Langer, David Perkins, Lauren Resnick, Sir Ken Robinson, Martin Seligman, Robert Sternberg and Dylan Wiliam. As can be expected from the founders of The Expansive Education Network, we take an ‘expansive’ approach to the purpose and process of teaching and learning for all forms of education.

The Centre for Real-World Learning has created impact in a wide variety of areas.

CRL’s research for Edge has stimulated policy debate in the UK. Following on from this work, CRL was commissioned by The Associate Parliamentary Skills Group and National Skills Forum to take part in ‘Open to Ideas’, its ongoing project bringing together exerts from across the education sector to reflect on the big questions facing education and skills policy.

CRL’s contribution on ‘anti-manualism’, launched in the House of Commons in December 2011, appears here. It explores how institutional prejudice against vocational and practical learning, and in favour of abstract reasoning, is still rife in educational practice and policy. It argues that cognition is a physical as well as a mental process, and that all the evidence points towards the dangers of separating thinking and doing.

The essay’s core conclusion on the need for a more dispositional conception of learning was picked up by City & Guilds, which then commissioned CRL to undertake research into vocational pedagogy. How to teach vocational education: a theory of vocational pedagogy, was debated in the House of Lords (Grand Council) on 28 February 2013. CRL’s research was submitted by City & Guilds to the McLoughlin Commission (CAVTL, 2013) which specifically drew on CRL’s research to:

CRL’s research on dispositional teaching has stimulated public debate in the education press, including articles in the Times Educational Supplement, Mensa Magazine, Teach Primary, Teach Secondary, and SecED, among others.

The article Why We Should All Be Hands-On argues for the importance of an understanding of pedagogy in practical learning.

Who’s Afraid of the DfE? (Guy Claxton in Teach Primary, issue 7.3) makes the encouraging observation that good teaching will happen in spite of political tinkering with the content and forms of testing and curriculum. Good teachers will continue to do what they know is important, and focus on the small, practical ways that build learners’ confidence, independence, and appetites for learning – both in school and outside.

CRL’s report for City & Guilds, How to Teach Vocational Education, featured in an article by Sarah Simons in the TES (21 February 2014). Classroom Practice: To teach know-how, know how to teach described the report as ‘groundbreaking’.

What’s the Point of School? (7 March 2013) introduced the Expansive Education Network to teachers via the publication SecED. In the Association of School and College Leaders’s publication ‘Leader’, Expanding Horizons similarly explored the concept of expansive education, and what it means for teaching and learning. In ‘Teach Secondary’, Prof. Lucas' article 'Far Out' looked at the role of teachers as evaluators of their effects on learners.

A unique partnership with Making Space and The Discovery Centre led to the creation of a public festival for makers in Winchester in October 2012 winning funding from Arts Council England. ‘Making It’ is a celebration of craft and creativity, highlighting the centrality of craft and the process of making in our everyday lives.

Prof. Lucas is a trustee of The English Project, which aims to enhance public understanding of the English language, and its impacts have been in the form of book publications, and promotion of English on English Language Day on BBC Breakfast.

Products and services for practitioners

Schools: CRL’s research on dispositional teaching has been translated into a range of products and services under the Building Learning Power (BLP) brand. BLP has been used widely to guide the development of dispositional teaching in primary and secondary schools across the UK, as well as in New Zealand, Australia, Argentina, and other countries. Building Learning Power is an extremely popular approach to the generation of a strong focus on learning, and has been so for over ten years and has impacted upon thousands of schools.

In common with all approaches to expansive education, BLP is not a ‘bolt-on’ approach, but one predicated on a fundamental change in how teachers and learners see their role in relation to learning. This article in the Times Educational Supplement cites some of its impacts.

Colleges: In a Further Education context, CRL’s research into vocational pedagogy is now being applied with pedagogic leaders and teachers in colleges. The 157 Group, a consortium of the UK’s largest FE colleges, funded the study. A number of colleges in England are adopting CRL’s approaches to pedagogy.

Business: Ideas about dispositional teaching have impacted on the management domain. Prof. Lucas's book rEvolution: how to thrive in crazy times, winner of the Chartered Management Institute award for management book of the year in the ‘innovation’ category, has been used by organisations to inform their attitude to change-leadership.

The Centre for Real-World Learning endeavours to influence policy both at home in the UK and internationally. Its work seeks to focus on those issues of importance to policy makers, and critical to national success, both in terms of economics, and wellbeing.

CRL’s research on dispositional thinking in vocational education has influenced international policy development. Keynote speeches by Profs Lucas and Claxton at the Global Innovators Conference on Teaching and Learning in Technical Education, Qatar in April 2013 led to an invitation for the team to attend a closed-door session with the Qatari government.

Further overseas, CRL’s Expansive Education Network has been adopted and developed by Deakin University in Australia in 2012. The university has created a sister organisation in Australia (find out more), which draws on CRL’s work on expandable intelligence and its approach to expansive education.

As a result of successful impacts upon Australian educators, the Australian Council for Educational Research commissioned CRL to undertake an international scan of expansive education. The resulting work was published in 2013. 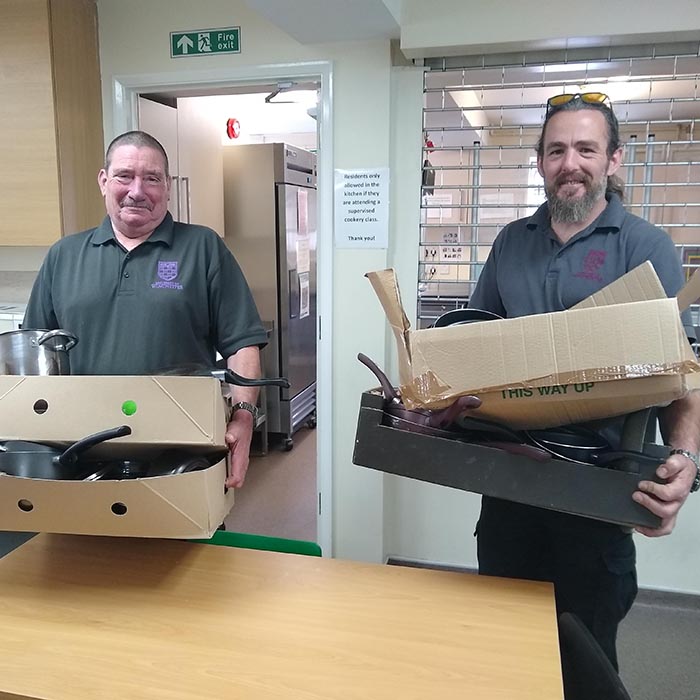 August 2022 at the University of Winchester 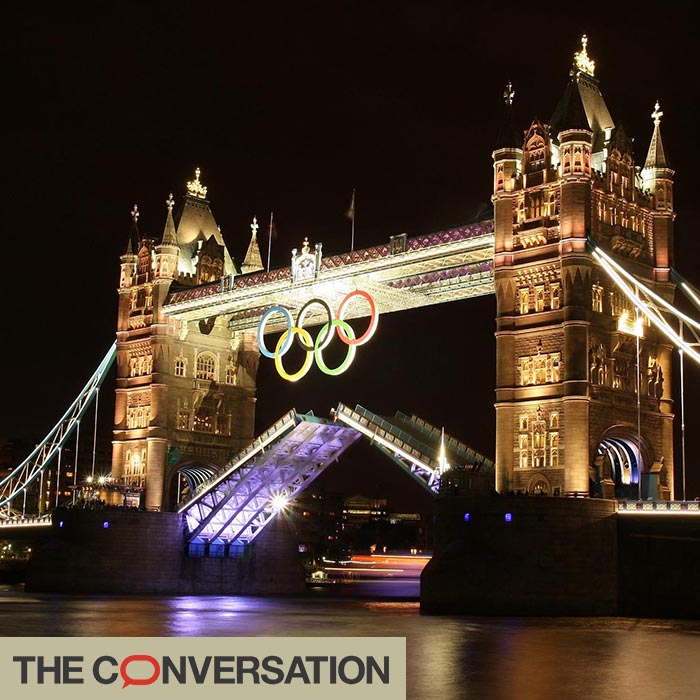 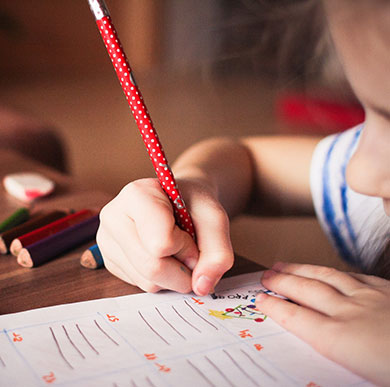 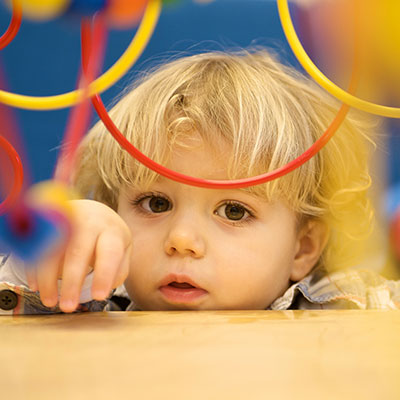