A debut book about the short and tragic life of Lady Jane Grey by University of Winchester history student Nicola Tallis has been published to rave reviews. 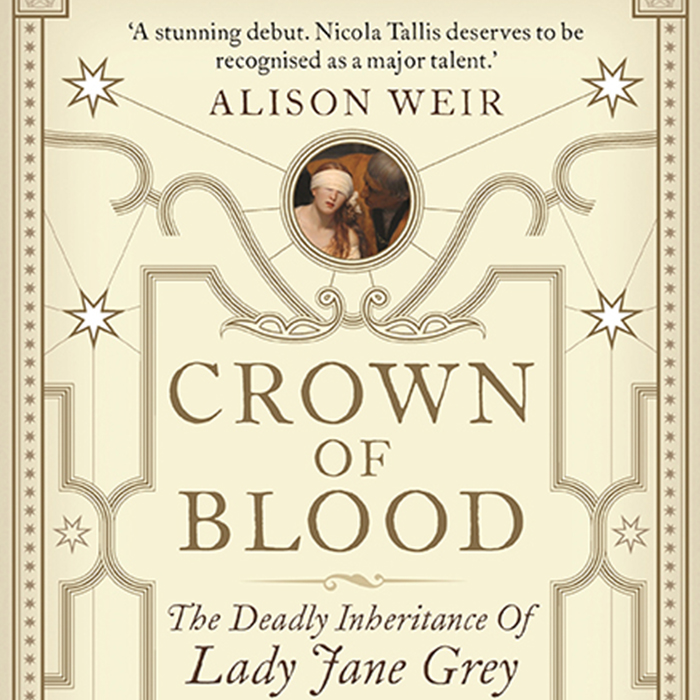 Described as a 'stunning debut', Crown of Blood: The Deadly Inheritance of Lady Jane Grey (Michael O'Mara, 2016) tells the often misunderstood tale of the young woman popularly known as 'the Nine Days Queen' who is remembered as one of the Tudor era's most tragic victims.
Set at the time of Jane's fall and following her journey through to her trial and execution, the book unravels her life and charts the dangerous plots and deadly intrigues that led to her execution at the age of seventeen.
In her retelling of this fascinating story, Nicola refers to a wealth of documents and manuscripts of the period - some of which have never before been published - and paints a vivid picture of Jane's turbulent life.
"Most people recognise Jane's name, and many think that they know her story," says Nicola. "However, the human and emotional aspects of her life have often been ignored and this is the story I set out to tell. Jane was abused by her parents, manipulated by power players in the complex world of sixteenth-century politics, and executed at the young age of seventeen. It's true that she was a victim but this is only part of the story. Jane was a young woman of remarkable and celebrated intellect, passion, determination and courage and I have tried to bring this out in Crown of Blood."
Already available to buy in the UK and launching in the USA at the beginning of December, Crown of Blood has already garnered glowing reviews. Tracy Borman, author of bestselling historical biography Thomas Cromwell, said: "Through meticulous research. Nicola Tallis pieces Lady Jane Grey's fascinating story together, and in doing so brings this extraordinary young woman vividly to life. Engagingly written and utterly compelling throughout. A stunning debut."
Nicola researched and wrote Crown of Blood alongside working on her PhD thesis All the Queen's Jewels, 1445-1548 which examines the wills and inventories of the Queens of England to find traces of their collections of jewels.
Dr Elena Woodacre, Senior Lecturer in Early Modern European History and Nicola's PhD supervisor, comments: "Nicola's achievement in writing this fantastic debut is all the more impressive when you consider that she has been simultaneously researching for her PhD thesis on a complete different topic.
"Her excellent abilities as a researcher and writer, as well as her deep knowledge of various aspects of royal studies and queenship, are evident in both Crown of Blood and the work she has submitted towards her thesis. Nicola is a fantastic historian who has a glittering career ahead of her - this is clearly just the first in a long line of works to come."

On 17 November, Nicola joins internationally-renowned Tudor historian and novelist Alison Weir to discuss Lady Jane Grey and Anne Boleyn, two of the most intriguing and fascinating royal women, who both ended up on the scaffold as victims of the turbulent politics of the Tudor period.
Treason and Tragedy in Tudor England: Anne Boleyn and Lady Jane Grey is part of the Royal Blood Winter Lecture Series jointly organised by the University of Winchester and Hampshire Cultural Trust in association with the Royal Studies Journal.
The talk takes place at 7.30pm on Thursday 17 November at the Winchester Discovery Centre, Jewry Street, Winchester, SO23 8SB. Tickets cost £7.00 per person and are available to book online from the Hantsweb Shop at www.hants.gov.uk/shopor by telephone on 01962 873603.
Ends