The Winchester Spirits are the University of Winchester’s award-winning cheerleading team, and one of its most successful sports teams. The team are in their 7th competitive season and compete at a national level across the country. Cheerleading combines acrobatics, gymnastics, stunting, jumps and dance to create a routine lasting two and a half minutes long.

There is no previous experience needed to join our team! We have a Level 1 All-Girl squad and a Level 2 Co-Ed (including boys) squad, each containing up to 30 members. On top of this, we also have additional Stunt Groups ranging in levels which only consists of the stunting aspect of cheerleading. 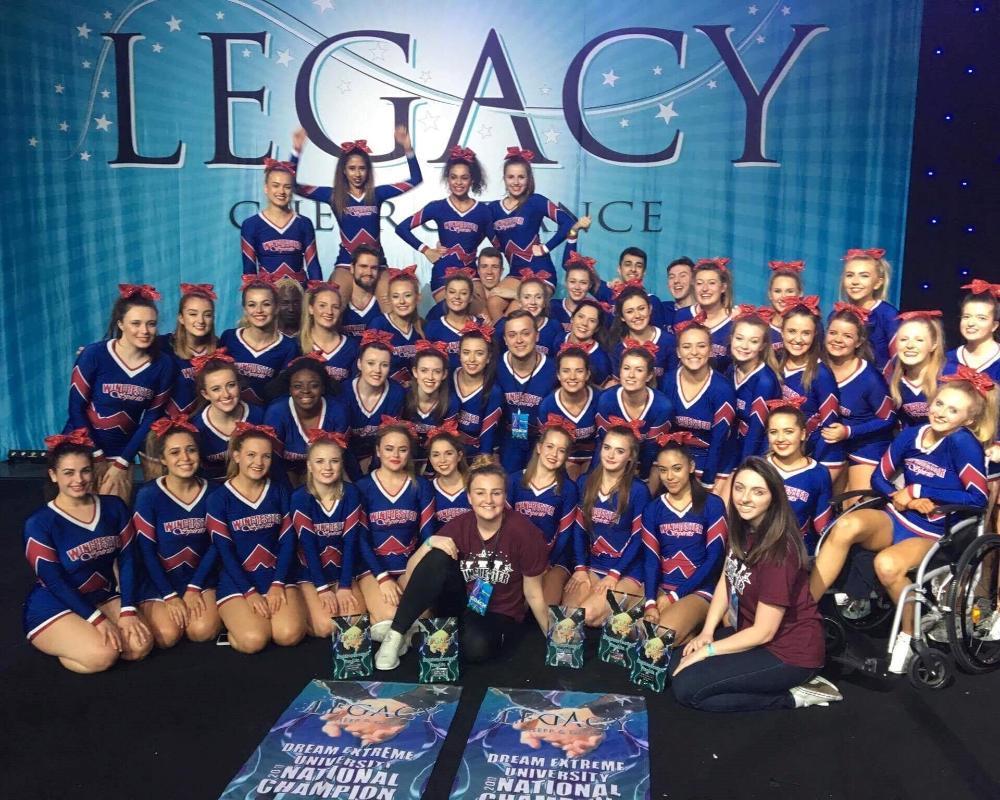 At the University National Championships this year, we had our most successful year to date! Four of our teams were awarded 1st place and received the title of National Champions. The atmosphere at competitions is a surreal experience fuelled by both nerves and determination. We’re all just happy to even get a chance to be there, though placing 1st has made every drop of blood, sweat and tears we’ve poured into the routines a completely overwhelming experience.

Throughout the past three years of me being on the team, our five squads together have collected the following awards: 1st place fifteen times, 2nd place six times, 3rd place once, 4th place twice, the title of ‘National Champions’ seven times, and the title of ‘Grand Champions’ once. Considering we are still a relatively new team in comparison to others, these achievements are tremendous and unforgettable. This demonstrates the fact that we are progressing every year, making the prospect of the next academic year exciting for our future success!

Each team trains twice a week in the university’s Performing Arts Studio. We have two fantastic coaches who come in to choreograph their innovative routines. It is hard work, but we still enjoy the training and it’s all worth it when you hit the competition floor feeling proud and confident with your routine!

Our training sessions are mainly for learning new skills and then enhancing them so that we are at the best of our ability by competition. We also have regular fitness sessions as the routines last two and a half minutes long and we need to ensure that we have the stamina to be going for that long. Training isn’t always so serious though, we also have fun sessions mainly for team building filled with games and the occasional fancy dress.

I joined the team with no experience at all. I didn’t even know what cheerleading was! I thought it was just for girls dancing with Pom Poms. Little did I know that cheerleading would become the most unbelievable and incredible experience of my three years at university, forming friendships to last a lifetime. I instantly felt welcomed to the cheerleading team and with the guidance of our coaches, pushed myself as an athlete to produce award winning routines which we are extremely proud of. I’ve had so much fun leading the team this year as its Captain and would recommend it to anyone joining the University of Winchester as something new and amazing to be a part of.

Cheerleading isn’t just for girls or dancers or gymnasts; cheerleading is a sport for anyone and everyone. We can teach you all the skills and technique, you just need to bring a strong and open mind willing to give it a go! 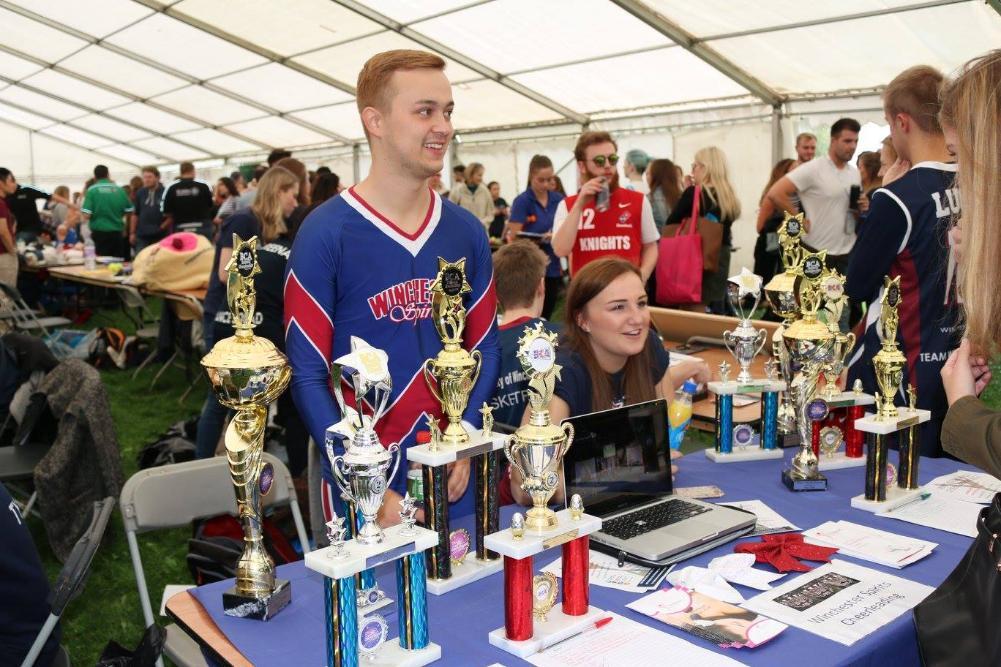 Although we train hard, we also have a lot of fun with our socials! We were even awarded ‘Social Team of the Year’ by the Student Union. Outside of the training room, we spend every Wednesday night together at BOP, the Student Union’s biggest night out. Each year we also travel on a Sports Tour for a week away somewhere in Europe along with all the other sports teams at the university. On top of all this, we also have regular meals out or film nights as a team.

We also feel very passionate about fundraising for our chosen charity, Naomi House and Jacksplace, a hospice for children and young adults with life-limiting and life-threatening conditions. Throughout the academic year, we will attempt to raise as much money as we can for this amazing cause. Events to raise money this year included bake sales, creating a house of pennies, a raffle, and even throwing wet sponges at my face.